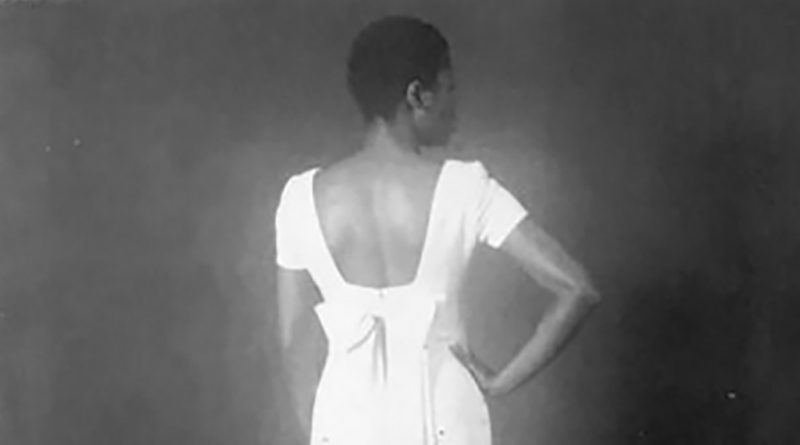 In order to consider my contribution to the somatics toolkit, it was important that I reflect on my personal relationship with embodied practices. As a woman who inhabits a body of “color”, a meditation on somatics inevitably brings to mind reflections of how my body is perceived in the societies within which it moves. This was not always the case; as an adolescent growing up the in Muslim North of Nigeria, my main somatic preoccupations were on to how much of my skin was covered, and less on its hue. More important than how my body felt or moved, was the looseness of my clothing, its opaqueness and contours reducing any defining characteristics of femininity to a mere chaste whisper, a secret to be hinted at but never reveled in or enjoyed with overt pleasure.

My young adulthood in the United States brought with it a shedding of the fabrics that had covered my head and body. Driven by an earnestness to dive inside my skin and discover all of its secrets, I found an unexpected barrier; as a black female body in the “whitestream”(1), I would have to be careful not to reveal too much skin. Simply by virtue of existing, this body was swept up in a cultural avalanche of expectation and presumption; it was too sexual, too ethnic, too primitive, too fertile, too ugly, too overt, too muscular. Now, the challenge became to wade through the miasma of contextual muck in order to reach for a semblance of self that existed outside and perhaps, beyond the reach of the cultural chaos. In order to achieve this aim of itinerant embodiment, I would first have to understand the historical geography of this body and its environs.

Human zoos were a popular public attraction in the 19th and 20th centuries; with natives of Asian, African and South American countries subjected to study by European intellectuals and public ogling. Ota Benga, a Congolese Pygmy featured in the primate section of the Bronx Zoo in 1906. He was made to do “tricks” such as shoot a bow and arrow from his cage, sandwiched between apes and orangutans.

For two centuries, the body of a 27-year old man from Botswana was on display in the town of Banyoles, Spain. Stuffed and mounted by a taxidermist, “El Negro” was posed with spear in his right hand, a shield in his left and glass eyes for a more life-like appearance. On display alongside him at Museo Darder were other “exotic” creatures; hyenas, ostriches and giraffes. Chocolates in the mold of El Negro were made for sale by a Barcelona confectionery. T-shirts with his likeness could be purchased at local tourist shops.  In 2000, 170 years after his corpse was taken to first France and then Spain, he was returned home to Botswana for the burial he had been denied centuries before.

Journeying back to the present with this historical information in hand, how do I process and absorb its dehumanizing and demoralizing connotations while becoming more intimate with a body that has been subjugated and reviled for so much of its history? Interestingly, it seems that each gesture embracing the unique curl of my hair or curve of my hip brings with it the scent of rebellion and revolution. Perhaps even more scintillating, when I expand the repertoire of my voice and body to encompass all of human culture, not simply that to which performative racial politics demand I adhere, the backlash can be subtle and overt; insults yelled at my receding back as I traverse the urban landscape, looks of befuddlement at the utterance of phrases in German or musical intonations reminiscent of the nomadic tribes of Egypt. Every single act of somatic embodiment and reclamation of this Black body for myself, requires willingly parting a heavy curtain, beyond which both liberation and ostracization lie.

Hence, within the framework of somatic exploration I cannot presume acceptance. My body, by virtue of its mere existence, elicits a subtle tightening of the White bodies that surround it. The millisecond of conditioned fear glares as brightly to me as the sun. Paradoxically, the same response is observed in some Black bodies as well, as though they can sense that I am breaking the rules of decorum that have guaranteed the survival of the race within the confines of an othered identity for so long.

However, the tide within my embodied body persists, straining against literal and metaphorical binds. Just as the tide sweeps one toward the shore onto more solid ground, it is my hope that this constant flow within me is carrying me onto free-er shores. The only proviso is that I construct the new terrain grain by grain guided by a tenuous vision of newly unfettered possibility.

Given the fraught connotations that can arise and be ascribed to the body of color, I have been drawn to embodiment practices that seek to draw me into myself; by this I mean it is important to me that I truly FEEL using tools like breath, posture and improvised movement. When we perceive that we have no “right” to be in a space, are stressed or harried, the breath becomes constricted as we contract and withdraw, crushing the breathing apparati. Conversely in a space of ease and acceptance, our breath is unfettered, voluptuous and free. Here are some kinesthetic and breathing prompts that I would like to offer to the somatics toolkit:

How am I breathing? Is it deep? Is it tentative and shallow? As I inhale, does my belly soften to invite the breath into me? As I exhale, do my shoulders relax away from the head, or do they elevate in tension?

When I encounter a body that I consider “other”, how does my body respond? Does my brow furrow, my shoulders ascend in protection, my torso turn away? Am I comfortable with these reactions or do I want to shift them in order to shift the way I think about this “other”?

When I feel overwhelmed or overworked, it is time to stand up, take a deep breath and stretch all limbs far and wide, taking us much space with my body and breath as possible. Can I take a walk? Can I place a hand on my chest or belly, using the touch to guide a deep, grounding breath into this body that supports all my efforts?

It is important to observe these changes with an attitude of curiosity and non-judgement. After all, how else can we begin to shift greater societal paradigms if awareness of their root does not first arise within the single individual?

(1) “Canadian sociologist Claude Denis coined the term whitestream to connote the idea that, while society is not white in sociodemographic terms, it remains principally structured around the basis of white, Anglo-Saxon experience.” — Sandy Grande, “Whitestream Feminism and the Colonialist Project: A Review of Contemporary Feminist Pedagogy and Praxis,” Educational Theory 53.3 (2003), p. 330 note 6.