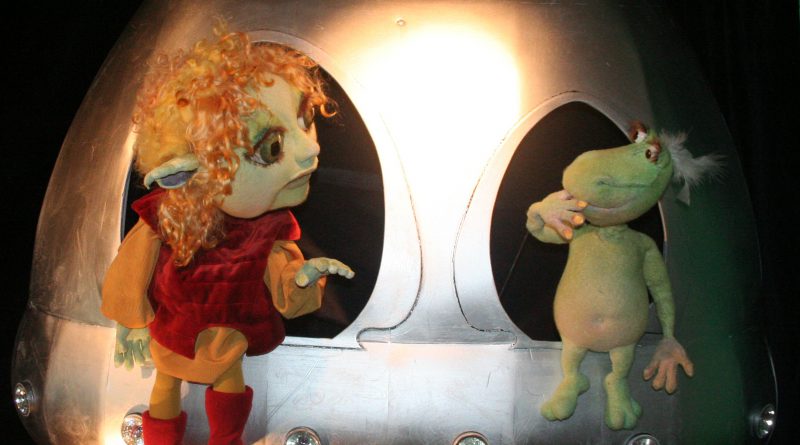 This post explores the very “real” nature of virtual spaces, including their implications for how researchers understand the body and the body’s role in fieldwork.

Increased scholarship on the body within “virtual worlds” (e.g., Boellstorff 2011; Murray & Sixsmith 1999) considers highly immersive “places of human culture realized by computer programmes through the internet” (Boellstorff 2010, 124). Full-blown avatars, for instance, could be used in these experiences. While such intense levels of immersion remain uncommon, more and more researchers are having simpler virtual interactions with their research participants: via email, over the phone, via social networks like Facebook and Twitter, and on websites. In these cases, ethnographers are still required to engage with their bodies, meaning the body is still an important part of their research toolkit. 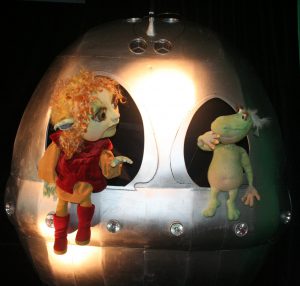 Virtual experiences are mediated through devices, which are designed to be held and operated in certain ways, even from specific bodily positions. It is important to note the materiality of these interactions, in order to find out how a user’s body can shape and be shaped by these technologies.

For example, the possibility of instant communication via Messenger with friends all over the globe, almost approximating a conversation, seems to jar somewhat with the static body sat at a desk. Prolonging this mode of communication can lead to a sore back, stiff finger joints, and low blood circulation. Yet, the state of being physically stationary contrasts with how virtual encounters appear to transcend distances, connecting users with remote people and places, even if just momentarily. I found that being conscious of this tension between online mobility and offline stillness enriched my overall insights during my ethnographic fieldwork.

In my research, I worked with theatre audio describers, who verbalise the visual content in productions for blind and partially-sighted audiences. If you have not experienced Audio Description before, it’s worth giving the tracks linked at the end of this post a listen. Gallery paintings and stage sets are put into words, animated by the emotion and timbre of describers’ voices.

Many describers work as freelancers and volunteers, moving between theatres and sometimes across the UK. Audio Description scripts for performances are often prepared and delivered by two describers, and due to the lack of a permanent location or office in which to meet, they would divide script writing between them, frequently exchanging ideas and drafts via email. As a researcher doing participant observation, I was copied into these emails and followed the progression of scripts virtually. I read the descriptions as describers typed them in between the actors’ lines and stage directions of the original production script; I traced their debates about what aspects sight-impaired audiences would need describing and how to describe these. 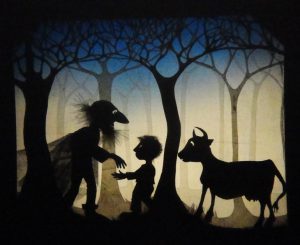 As a blind ethnographer, I had no other means to access visual details in the performance, rather like the prospective listeners of these Audio Description scripts, and I found this bodily trait made me cling closer to describers’ words. Whereas I could keep up with every bit of the conversation thread “as if I was eavesdropping in the same room”, this intimacy faltered when I realised I could not hear them reading the lines out loud – as during my face-to-face interviews. The silence, and the sense of remove it caused, jarred drastically with the amount of immediacy afforded by having instant email updates and a participant observer position in describers’ online interactions. I found myself reading the lines out loud, imagining the relevant scene before me and suiting my tone of voice, rhythm, and volume as a describer would have to.

When I became aware of conflict between the virtual proximity and my actual body’s experience of distance, I gained deeper insight into the challenges that describers confront in their practice, particularly when working remotely. I also better understood their creative decisions while preparing descriptions in these circumstances. It therefore occurred to me that knowing the body in virtual fieldwork necessarily involves considering the physical (or offline) body and how it shapes and is shaped by the body being produced online.

Producing Bodies in the Digital Age

The discussion above leads to further intriguing questions, such as: what forms of bodies are produced, both virtually and in the actual world, by digital interactions? How can ethnographers tap into these?

Citing an early example of disembodied media, namely the telephone, Nadia Seremetakis explains that the phone still “gave time … and space to the body”. She writes that the phone is held close to one’s ear, approximating the privacy of face-to-face conversations and the mouthpiece, being shaped like another person’s ear, contributes to a heightened sense of intimacy when the speaker’s mouth is close to it. Although phones may be increasingly losing these material features, this analysis of how early disembodied media mimics the forms and proximity of actual physical interaction remains valid in the digital age.

With invitations to “chat”, “follow”, and “poke” via social media, a discourse is mobilised –  urging users, and therefore ethnographers, to develop and experience this online intimacy as one with an active, assertive body. I wonder how this discursive foregrounding and dissemination of certain normative bodies online exerts influences on the digital embodiment practices of both ethnographers and those they study. In March 2018, news from Apple Inc proved that this production of specific normative digital bodies was not just enabled through discourse. The company admitted to a lack of emojis that represented the life experiences of disabled people and promised to introduce 13 such emojis, including a guide dog, wheelchair user, and prosthetic limbs. So returning to the material and sensorial aspects of some virtual media, I would ask what forms of bodies are left out through, for example, a focus on sonic or visual stimuli.

This blog post calls on researchers theorising the virtualbody to recognise its interactions with the physicalbody, rather than treating both as completely independent. Knowing your body in this complex space is possible through various strategies, of which one has been explored above: noting the sensations and actions of a researcher’s physical body, compared to the constructions of their body online. In short, virtual ethnography offers us an opportunity to rethink somatic techniques for the digital age, as well as shedding fresh light on understandings of the human body itself.

Boellstorff, T. 2010. “A Typology of Ethnographic Scales for Virtual Worlds.” In W. S. Bainbridge (Ed). Online Worlds: Convergence of the Real and the Virtual. Springer.