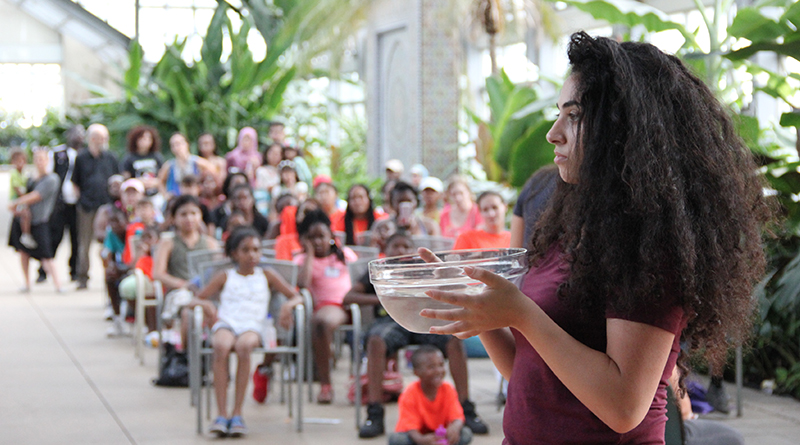 I am eager to see how the embodiment practices laid out in this toolkit might be used as resources to activate an ethnographer’s senses and embodied awareness toward a more holistic and ethical approach to working with subjects from other cultures. I also carry concerns — as a Palestine solidarity activist who is invested in bringing my whole self to my activism, including my somatic self — about the risk of practising or researching embodied practices with an ahistorical framework because the histories of body-based movement forms can be easily forgotten, obscured, or co-opted.

In this blog I discuss three topics derived from my lecture “Embodied Palestine Solidarity” and refer to ways that dance practices in the region reflect and sometimes perpetuate the Israeli occupation of Palestinian land through cultural appropriation, cultural erasure, and whitewashing. Over the years I have been nagged by a curiosity about why my Palestinian colleagues are conspicuously absent from the international stage and dance history books. I use my research on this question as a provocation to users of this toolkit to work criticality and responsibility when delving into embodied practices cross-culturally.

I often think about how embodied practices can be used to deepen knowledge or to forget. The article “A Dancing Body Offers Legitimacy to the State” by Shir Hacham and Ido Feder discusses how Gaga movement language is used as a tool for Israelis to forget their international context and to assuage the guilt and trauma they have accrued from their mandatory military service. This framework for viewing the role of dance practices as a tool for forgetting can be applied to somatics, or any body-based movement form, especially when the pleasure and release experienced in the movement is used to distract us from the suffering of others.

While they are often presented as fixed, unchanging cultural artifacts, both Israeli and Palestinian folk dances — as they are performed today on the concert stage — were fabricated in the mid-20th century as assertions of national identity, and as ways of claiming authentic relationships to the land on which both of these populations live or have lived. Additionally, many steps that one sees in Israeli dabke were directly appropriated from Palestinian dabke.

Historically, Dabkes were danced primarily at weddings and other community gatherings as a social glue among those who lived in the Levant region, including muslim, christian, jewish people, and those with other religious or ethnic identities. Before and after the formation of the Israeli state in 1948 there was a coordinated effort among disproportionately Ashkenazi (european) jews to invent new cultural traditions in order to perform their new national identity. Beginning shortly before the formation of the Israeli state, many of these traditions were consensually adopted from Mizrahi jews from the region, and many were non-consensually appropriated from Palestinians, 700,000 of whom were expelled from their homes in 1948, and many of whom remained, living as second class citizens in Israel, or under occupation after 1967.

Shortly after the development of jewish Israeli Dabke, many Palestinians decided that they needed to find ways to perform their dabke dances in order to avoid cultural erasure. They continued to practise the dances in the circle formation within community settings, but many Palestinians also began to perform the dances in costumes, facing forward on proscenium stages for regional and international audiences. For these performers, the dance shifted from a social form to a means of communicating resistance to occupation and cultural obliteration.

In light of the reality of Palestinian cultural erasure, I wrestle with questions around my responsibility to research the origins of the various practices I engage with, even those that appear to have been invented by white, western practitioners in the 20th century.

The Privilege of Form: who gets to dance without explaining where they’re from?

The power differential between Palestinian and Israeli contemporary dance artists creates conditions in which jewish Israeli artists often have the opportunity to make abstract, ahistorical dances, if they choose to do so, while Palestinian artists are often perceived by audiences and dance writers––for better or for worse––as Palestinian first, and artists second.

Israeli dance artists––particularly Ashkenazi jewish Israelis––do not need to be concerned about audiences viewing their work through the lenses of their national, religious, or ethnic identity, even when touring internationally. The majority of the writing in U.S.-based reviews of Batsheva Dance Company or Kibbutz Contemporary Dance Company is often about the formal aspects of the choreography, and the technical aspects of the dancers’ performance. However, even a highly technical Palestinian dance, such as Badke, receives more attention for the performers’ political reality, and journalists who have written about Yaa Samar! Dance Theatre and independent artist, Khaled Barghouthi focus much of their word count on their hardships, rather than their choreography or embodied ideas.

As ethnographers (and others) explore somatic practices in this toolkit or elsewhere, I advocate for an examination of cultural context, particularly calling attention to the practitioners’ identities in instances when there is an emphasis on the mechanics or physicality of an exercise vs. a focus on its origins as a “cultural” or “authentic” movement form.

The funding structures in Palestine/Israel are such that there is disproportionate support for Israeli dance-makers through Israel’s positive image building program, Brand Israel, yet there is no comparable support for Palestinian dance-makers due to the ways that the occupation prevents a viable Palestinian economy. This financial reality amplifies the voices of Israeli artists, and eclipses the work of Palestinian artists to the extent that many international dance presenters do not know about the dance work currently being made in Palestine.

For example, it is easy to find Gaga dance classes (developed by Ohad Naharin of Batsheva Dance, through Israeli state funding) at major dance training centers in New York City, such as Gibney Dance Choreographic Center and Mark Morris Dance Group, but there is no comparable, branded Palestinian contemporary dance form being offered in any widespread, coordinated way.

According to their events listed on their Facebook page, the largest dance festival in the U.S., the American Dance Festival, has featured at least one Israeli artist or company in their summer festival for the past four years, whereas they have presented no Palestinian artists. While the absence of Palestinian representation often goes unnoticed by many curators, it is conspicuous to me and worth investigating.

The direct correlation between funding and visibility in the case of Israeli and Palestinian dance is relevant to dance artists, curators, and patrons, and offers a caution to those who engage with somatic movement forms to consider whose voices might be missing.

Through these examples of cultural appropriation, cultural erasure, white washing, and power dynamics that preclude Palestinians from pursuing a purely physical experience in their dancing, and demonstrate their lack of resources for their training, networking, and touring, we can extrapolate how any embodied practice, whether performed on the stage, or in the studio, can never be neutral or outside of a cultural context.

And yet, the cultural appropriation of practices originating from indigenous people, and those from Africa and Asia, for example, within the field of somatics is so prevalent, it is rare for somatics practitioners to cite sources because they have not been recorded nor mentioned in their trainings. In my training at the School for Body-Mind Centering (BMC), I rarely heard discussion about the founder, Bonnie Bainbridge Cohen’s trip to Japan, and how Japanese healing practices and martial arts greatly informed the development of her body of work. If an explicit study of Japanese embodied practises were integrated into the BMC curriculum, this would deepen students’ understanding of the BMC material, and would honor the people and culture that Cohen sourced from.

The conversations arising out of the Somatics Toolkit, and the target audience for this project positions this website as a resource for ethnographers to simultaneously deepen their research practices through embodiment, and use their critical skills to investigate any ways that the work might inadvertently participate in cultural erasure.

Nicole Bindler also developed an Extended Practice for the Somatics Toolkit, A Non-Binary Guide to Embodying One’s Embryonic Gonads, which you can access here.