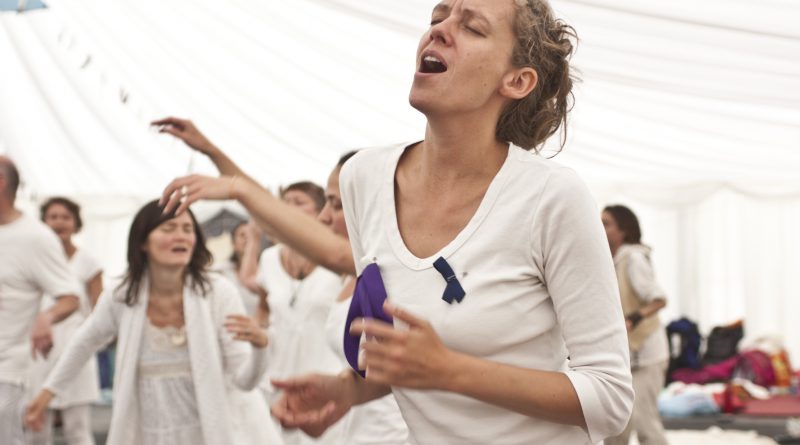 I was told from the outset, throughout my undergraduate and graduate studies in anthropology, that anthropology in practice would challenge us. Whilst keeping one eye on our context and participants, conducting fieldwork is an immersive practice that may also encourage us to pull ourselves apart, little by little; throw ourselves into our own view, and encounter ourselves anew. Anthropologists of many varieties go far and wide, but also near and close; we turn our unique and encompassing lens also on our own familiar contexts. There is a subtly different kind of complexity in doing anthropology at home, somewhere the ethnographer themselves might ‘know’. We are challenged, then, to know those contexts – and ourselves in those contexts – quite differently.

In considering what might be included in a somatics toolkit for anthropologists in the field, I thought of my own challenges whilst undertaking anthropology at home as part of my PhD research project. I was therefore drawn to write for those who might be in a field of familiarity. So I wish to reflect here on particular bodily practices that I used, specifically during fieldwork, to try to ameliorate the sense of disjuncture between the strangeness and familiarity of my multiple field sites. Indeed, I feel that the classic anthropological trope of ‘making the familiar strange and the strange familiar’ aptly reflects my experiences. This disjuncture is something that I felt sometimes threatened my sense of equilibrium, balance and control. It unmoored my understanding of my role, as I flitted between what I came to think of as my fieldwork life, and my home life, and where they seemed to collide and bleed into each other all too frequently.

My PhD fieldwork took place in Oxfordshire, where I have lived and explored for the past four years. I remember reflecting, when I initially took up residence there, that I quickly felt at home. However, not only does my PhD concern ethnography at home, but also ethnography inthe home. Over eighteen months, I followed the lives of fourteen people who had all been diagnosed with terminal, degenerative illness, still living and managing their illness at home, between the ages of 68-98. I was welcomed into their support groups, clinical appointments, shopping trips and other excursion, and – for me, most movingly– their homes.

The disjuncture between strange and familiar first came to my attention through bodily means, whilst physically moving through strange and familiar places. Over time, inevitably, these places became familiar in different ways for me, criss-crossing each other and entangling anew. Over the course of fieldwork, I was sensitive to the varied and changing needs of the people in my study. The relationships I cultivated with these people involved popping in for tea and a chat at home, along with frequent phone calls and emails for updates. Striving to keep up regular contact with each of them, in person and by other means, meant that I spent much of my time during those months either in contact with people or driving to and from their homes, which were sprawled across the length and breadth of Oxfordshire.

Using my own old car for transport, and with their calls and emails forwarded to my cell phone, I criss-crossed to and from places that became increasingly well-known to me either through fieldwork or personal interest. The separation between fieldwork life and home life became increasingly difficult to reckon, the boundary increasingly smudged. I felt that this spatiality – of moving through more or less familiar places in more or less familiar ways – reflected the difficulty with reckoning relationships that I built with participants. Were these relationships more like friendships, or something other, a kind of ill-defined researcher-participant interaction?

Indeed, messages from participants telling me that they had had an accident and were in hospital, were chased by messages from friends asking whether I was free for dinner tomorrow. Sometimes that dinner would be interrupted by a call from a participant, rescheduling our tea the next day. Sometimes I would find it difficult to re-align our diaries because I was booked solid with conferences, or had planned a weekend away with friends. As these collisions continued to explode all around me, I came to feel increasingly off-balance. I felt busy, constantly rushing around, confused by my own movement between chatting over tea with friends or with participants; picking up painkillers for my sick flat-mate, or walking with a participant to the pharmacy; holding a friend’s hand in the clinic waiting room, or attending a participant’s podiatry appointment. I felt like I was being crowded by the constant clangs and crashes of the collisions between that which felt easily navigable, and that which felt far more uncertain, and the voices of all the intensely human stories that I heard interwoven in between. I found it deafening.

I began to spend car journeys in silence. Where usually I would listen to music, loudly, my car became a space of quiet contemplation. Soothed, this was valuable time to myself, to think of whatever I felt I needed to think about. I drew energy from existing in the muted cocoon of my car, where the outside world was muffled, more distant, more clear-cut. Whether home or fieldwork, I felt distant from my life and felt I needed to somehow re-inhabit my own body. And then I began to sing. I sang so I filled my space and my ears with my own sound; I sang so that I could feel the vibrations in my chest that mark an important boundary between myself and the outside world; I sang so I could feel like myself.

Singing on my way to or from various people in my life became something I sincerely enjoyed doing; it was a self-care tool, something I did not do for anyone else, but allowed me to somehow reclaim my ears and voice for myself. Soon realising the effect it had on me, I sought out opportunities to sing whilst not in my car, seeking spaces that I could temporarily claim and fill with my own sound. In Oxford, I found college chapels with exquisite echoes that lingered to create accidental harmonies long after I had stopped producing sound. Every day, therefore, for the last few months of my fieldwork, I would walk to an empty chapel. I would plant my feet in the centre, look up or close my eyes, and focus on my breathing. Years of opera training and music teaching that were usually helpful in musical situations melted away: this was not so much about music, as about inhabiting my body differently. The world of breath is calm and echo-y. Be present, find myself here, in this moment, just breathing. Feel the air, the control of my lungs, take down the barriers between my mind and my body, and sing.

Singing, for me, captures that transcendent experience of where aspects of sound and space entangle inseparably. The world that is created in singing is voluminous in sound and space; expansive; emotive. Singing is embodied in the sense that it arises irreducibly from the body, and loops back around to the body; I feel it throughout, and explore how I am feeling through it. Singing is a hybrid sound-sensation that supported me through my fieldwork. This bodily practice came to be an important reflective space that allowed me to express myself, be with myself, feel myself, in amongst the small turmoils of moving through the miasma of home life and fieldwork life. For me, singing was a key part of my somatics toolkit in the field.

For those out in the field, returned or anticipating, I hope this is a tool you can explore in your own ways. I believe that creating sound(e)scapes is a resource that anyone can draw on, whether an experienced musician or a novice. For me, this practice is not about the end-product of a pleasing sound. It is instead about the visceral experience of feeling your breath, the vibrations in your chest, the sound-sensation emerging however you like. Perhaps start with a hand on your chest and another on your tummy; just breathe. Breathe so you can feel your body physically move beneath your palms. Then sigh, hmmmm. Make a louder noise, or a softer one, whatever feels right, and pay attention to the sensations that tingle through your body. Try making a siren sound, swoop up from the depths and down from the heights, relax into the swinging movement of the sound. Reawaken yourself through your even, calming breathing. Play with singing, and how it feels, rather than how it sounds.