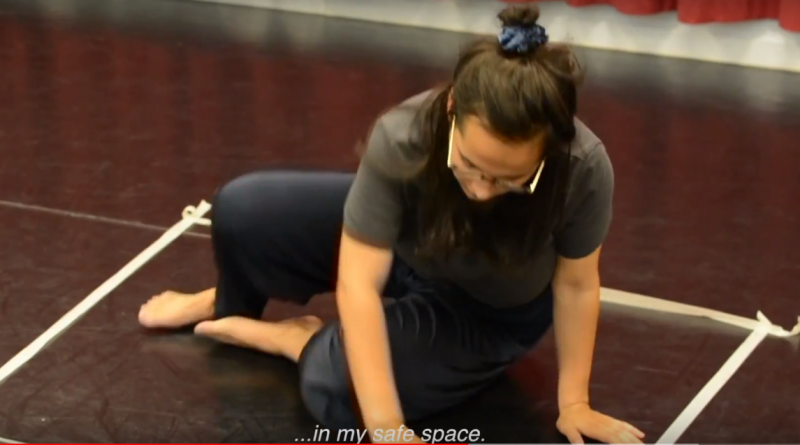 I’m a fourth year BA cultural anthropology student at Utrecht University, the Netherlands. During my studies, I realised that we are so used to focus on what we see and what we hear in society in general, and specifically in academia. We observe, interpret and learn. But aren’t we missing something? In anthropology classes, students learn that they themselves are their main research instrument. However, the emphasis is mostly on auditory and visual observations. But we consist of more than only eyes and ears. We have hands, feet, a nose, a mouth and we can move. We are feeling and thinking. These different ways of knowing are more connected than one might think. The aim of anthropological studies is to get the ‘native’s point of view’, to come to understand people’s lives and experiences. Including your body as a way of knowing allows for a deeper understanding of people’s experiences.

I learned this while I was conducting a study on experiences of depression, stress and burn-out amongst female students at Utrecht University, the Netherlands. As part of a multimedia course, I chose to conduct a collaborative dance project with two other students. We interviewed two female students to learn more about their understanding of depression, burn-out and stress- related issues with which they were coping. We started the project by getting to know the participants and by creating a safe space for them to express their feelings. We had conversations with them about their experiences, carried out interviews and tried several exercises to engage their imagination. First we employed techniques such as making a mindmap and listening to their favourite songs. Then we started dancing, to express their feelings and later to create their own dance piece. However, while dancing with them in the studio to prepare the dance piece, I came to know their point of view and their feelings way better than in the interviews I conducted. 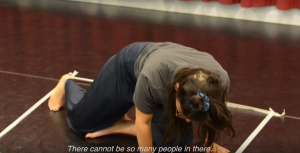 Interviews are a valuable source for anthropologists to learn about intentions and opinions. However, there are things that cannot easily be formulated in words or spoken out loud. I came to know that dance, and more generally movement, is a good way to express these unspoken things. Especially with vulnerable topics, such as depression, collaborative dance is a valuable additional approach. As dance anthropologist John Blacking said, dance is feeling and thinking, and a specific mode of thought (in Grau, 1993). It is imaginative as well as reflective and in this view we can see movement as a different way of knowing. Moreover, collaborative dance brings a sort of intimacy to the research project between the participants and the researcher(s). I agree with John Baily that the distance between ‘the participant’ and ‘the researcher’, which is a highly debated topic in the field of anthropology, evaporates when the researcher takes a high level of engagement like I did in the project (Baily, 2001). So sharing movement provides better access to the lifeworld of people and their imagination. It creates common ground in which experiences and feelings could be expressed. Furthermore, I came to acknowledge the argument that we cannot grasp experience in a cognitive way only (Turner and Turner, 1982). While moving together, the participants, the other researchers and I came to a closer comprehension. The process opened up new dialogues. These dialogues were on other levels than the verbal dialogue during the interviews and our informal conversations. I gained a more sensory and somatic awareness by dancing with them. While they expressed their experiences through movement, I gained a deeper understanding of their experiences of pain, hardship and loneliness. 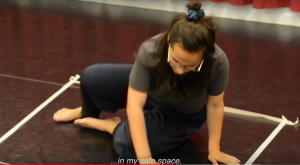 In addition, anthropologists have to take ethics into account at all times, but this takes on a different dimension with regard to such vulnerable topics. Because I danced with the participants, I understood their emotions and experiences better. However, no one is able to fully understand the emotions of another person. This was difficult to me as I tried to minimalize potential harm to the participants and ourselves. During and after the project, we had to check if we did not in any way harm the participants or ourselves. By making all choices together with participants and researchers, we did not push the participants to do things they were not comfortable with, and we avoided misinterpretation. Still, the ethical dilemma I struggled with is that my project could bring back undesired memories and feelings for the participants. Although we aimed to create a safe space for and with them, to express their concerns, we were not sure if they actually felt safe enough to speak when they felt uncomfortable. Such research design, asks a higher level of emotional engagement than more orthodox methods. In this way I was, in Behar’s words, not only intellectually but also emotionally connected to my participants (Behar, 1996). Their stories touched me and I was shocked by the fact that I recognized the feelings and thoughts of one of the participants. This made me question myself, the project also reflected on my own imagination, feelings and experiences.

After several weeks into the project, I got in touch with Eline Kieft. She introduced the Somatics Toolkit to me. If I had known of the Toolkit at the start of the project, I think we would have tried other, more embodied, exercises to access the imagination. We could have transformed the mindmap into a more embodied activity such as the exercise from the ‘Identity. Noticing Your Lenses’ audiotape  from the Somatics Toolkit.

The fact that movement is a way of knowing was quite new to me and the other researchers. I would like this to be acknowledged more in academic teaching. If the curriculum would emphasize body awareness more, my project could have been designed differently from the start. We could be taught at university to utilize the body as a research instrument in a more concrete way. Of course, as anthropologists students we learn the importance of participation over observation, but in my sense participation is generally not seen as another way of knowing that draws on the resources of the body. This is why a Somatics Toolkit is so important to integrate in the training of students.